62- 10 Minute Leadership Tactic- Time to Wake Up About Empathy

In this 10 Minute Tactic episode Daryl is FIRED up about a superpower that all leaders should have: EMPATHY. Empathy is the quickest and most effective way to building your influence and making an impact as a leader, a coach or partner.

Subscribe to Daryl's Lead From the Inside Out podcast at ddbpodcast.com/follow or your favourite platform!

In this 10 Minute Tactic episode Daryl is FIRED up about a superpower that all leaders should have: EMPATHY.

Empathy is the quickest and most effective way to building your influence and making an impact as a leader, a coach or partner.

Subscribe to Daryl's Lead From the Inside Out podcast at ddbpodcast.com/follow or your favourite platform!

Hey, I'm fired up. I am fired up. I got a comment on a YouTube short that I did and, and it, it pissed me off, frankly, not because I don't know the person or anything like it. What what's firing me up is the post was about empathy. And I post a, and I talk about a clip from a league of their own,

which is where Tom Hanks, Madonna, it's a baseball themed movie. And the character played by Madonna. She's crying. And Tom Hanks turns around and says, are you crying? Are you crying? Which is a classic scene. And so in my talk that I typically do, I talk about how not being empathetic as a leader, as a partner,

as an entrepreneur, all of those things it's actually toxic. It really, really is. And this person put the comment on, on the YouTube video, which I sincerely appreciate. So I'm not, I'm not being negative towards that at all. In fact, I, I really like engaging, but the person said, so what do you expect that Tom Hanks would coddle them to a championship?

And the expectation is that you are supposed to be changing what you think and what you do to suit my needs as the leader. And I'll tell you that definitely was old school, for sure. And, and that's how I was raised for sure. You know, parents, we even had a kids table and where do we seen and not heard, and then not even seen,

frankly, you know, all, all of those other things in emergency management, in corporations, in leadership in general, it was really revolving around the man, the notion of the man, and it pisses me off because we still have that attitude that as a leader, others have to change how they, how they act and all of those things, because that's the way I want it.

So remember that, figure that out. Look objectively, think about that. These were the same conversations and we turned out okay. As far as we're concerned. So leadership has changed. Leadership is now about the leader, supporting the team. The leader is about figuring out what makes people tick and, and why I'm so fired up about it is because leaders just don't get it.

then don't be a leader. People that aren't, aren't flexible. The people that don't recognize that to get the most out of people, to influence the most people, to make the most impact. You have to meet people where they are and you shouldn't care. You shouldn't judge them. You shouldn't decide whether their viewpoint is, is legit or not too bad.

Empathy is just this. It's holding space for somebody and knowing where they're coming from. That's it. You don't have to place a judgment on I agree or disagree, or they should, or they shouldn't feel that way or whatever the case is. That's not what empathy is. Empathy is just holding that space, understanding where they're coming from, that's it.

And then you can decide what you're going to do about that. But as leaders, what I'm saying is it's toxic. If you don't view people from an empathetic way, if you don't try to put yourself in their shoes, it's not just a cliche because selfishly it makes your job easier to figure out what motivates them, where they're coming from, what is their background?

where's that other person coming from. I've got a couple of really good. I got a lot of stories on this one, but I remember I was in a, in a, what's called an emergency operation center EOC in a, for large wildfire. And I was working with a whole bunch of people from that area, in addition to myself and, and other teammates that come in.

that's, that was the lens I was looking at. I'm like, Oh, that's interesting, burned powder, all that other stuff. And you know, the evacuation went well, all those other things. And, and somebody on, on the team that I support from my department, essentially, she's just to sitting or standing, you know, two people away.

She starts crying and she leaves, I knew right there. And so I, my job is to create psychological safety and understand where everyone's coming from. I knew that I had left up and we had left up. Here's the here's the situation she was from that municipality. She had lost her home to that same wildfire, bad enough, but she was in the emergency operation center.

She had nowhere to live, but she was there to help. She had a job to do, and it kept her busy. Great. So I knew that part. What I didn't think about as we're showing this big graphic video, no one was hurt or anything, but it's, it's very, very visual, right? It's a huge fire. What I didn't know until after was that her partner had been evacuated from that same structure,

Or, you know, right at that moment, I recognized that I had left up and she actually, we had a great sheet. We agreed to support her. She was no longer kind of fit for the operation. It was just too much for her. I totally get it. So we made arrangements to, to reassign her to something else. But I decided on that day that when I deploy to a big operation or big disaster or any kind of crisis,

that empathy is a super power that I have to have. And that I'm going to keep at the forefront of my mind and recognizing that when I come into a community, when I come onto a team, when I enter into any situation, I have to put my own thoughts, my own feelings, my own emotions, my own viewpoints, my own opinions aside,

it doesn't matter as a leader, the burden of leadership is that none of that matters. What matters is your ability to support and connect and take care of the folks on your team. And if you know where they're coming from, if you know more about them, then you're going to be doing a better job. And yes, you can yell at them and disagree and cajole them and intimidate them and bully them into doing what you're doing.

And if you do shame on you, shame on you, honestly, that's, that's a pathetic way of leading. That's an old school way of leading. So Fred Flinstone called he wants his leadership style back. Okay. So the whole point of what I talk about in my videos, where I talked about on my podcast, what I live in, in my life,

how I practice my own leadership is empathy. Always wins. Empathy, always wins, and it's not up to me to decide what's right or wrong with somebody else. My job is to support them, hold space for them, wherever I can. And then from there, selfishly, then I can influence them. I can make a bigger impact. I figure out where they're coming from,

meet them, where they are and not where I think they should be. Because if I, if I'm stuck in my own ways, then it's going to be all about me and yeah, I'll get stuff done, but ultimately that's not going to be the best option. So thanks for watching. And a man did I, did I go off on a rant,

but I'm fired up on this. So please subscribe to my YouTube channel comments because as he could see, I read the comments and it gives me stuff. Like I appreciate the feedback and all of those other things. Anyways, leaders be empathetic. That is critical. That is a major part of, of who you need to be as a leader. You didn't have to be back in the old days,

but we should have been.

New to the podcast?

Here are some great episodes to start with. Or, check out episodes by topic. 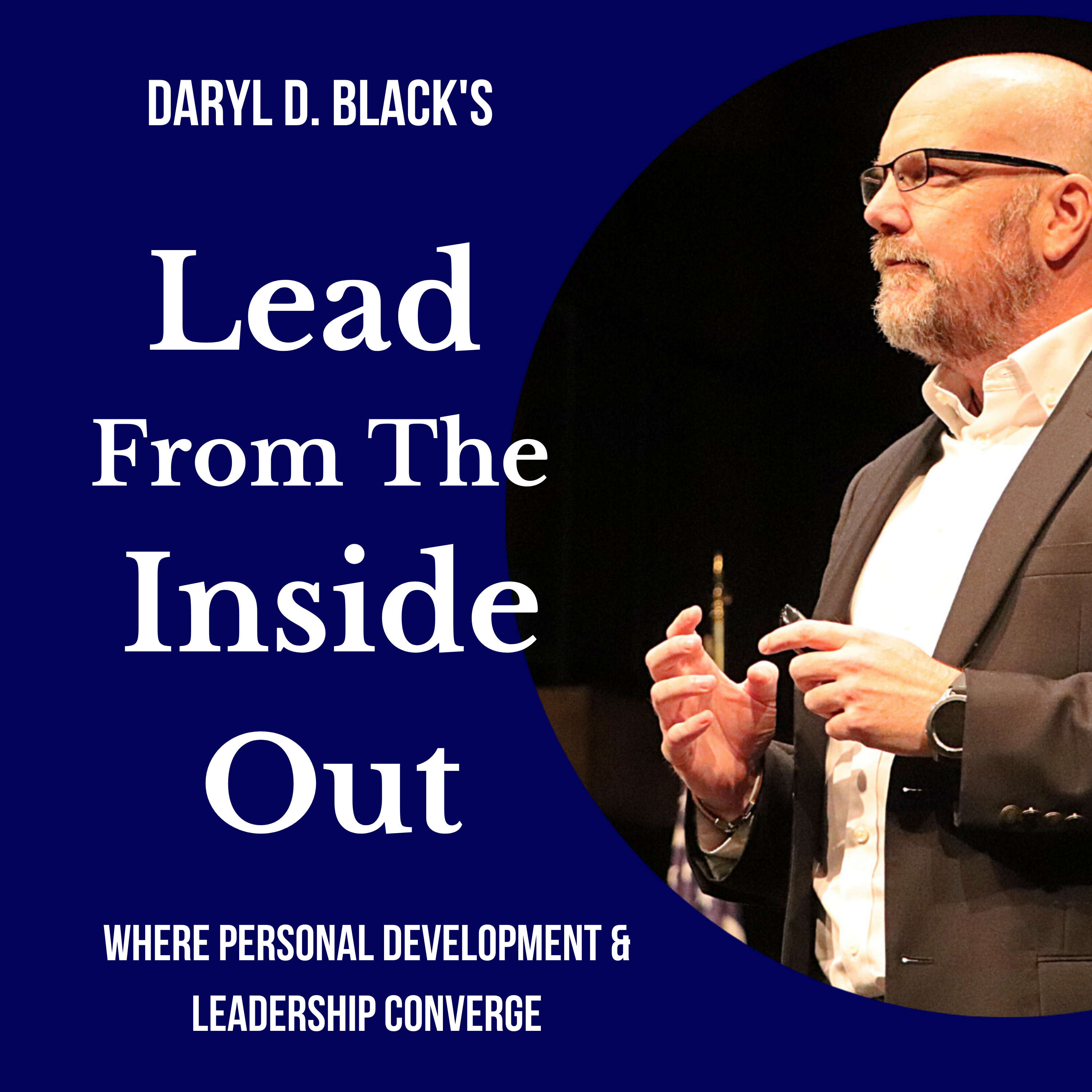 Ep. 51 STOP Asking a Teammate How They're Doing! And What to Ask Instead Episode 51

Ep. 47- Control Your Life & Career With This Self-Coaching Model Episode 47

Ep. 46- Leaders Are Speakers and How to Connect & Relate To Who You're Speaking To with Expert Colin Boyd Episode 46

EP 26 - Introduction To The Inside Out Podcast